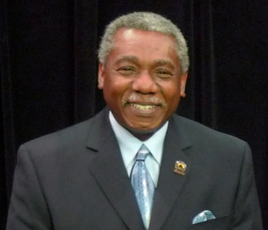 “All we say to America is be true to what you said on paper.”

These words of Dr. Martin Luther King, Jr. were delivered on April 3, 1968, at the Mason Temple Church of God in Christ in Memphis, Tennessee, the night before his assassination. This would be his last public address, closing out a mere 13 years of public advocacy for civil and human rights that began with a bus boycott in Montgomery, Alabama in December 1955. And yet, despite its relative brevity, Dr. King and his leadership fundamentally changed our nation and served to inspire us to greater heights of social justice for generations of Americans. It is in recognition and tribute to his consequential leadership that we pause on this day to pay homage to his birth.

This speech in Memphis, often referenced as the “Mountaintop Address”, refers to a passage from Dr. King’s powerful conclusion, where he drew upon the religious imagery of Moses and Joshua and declared: “Like anybody, I would like to live a long life. Longevity has its place. But I'm not concerned about that now. I just want to do God's will. And He's allowed me to go up to the mountain. And I've looked over. And I've seen the Promised Land. I may not get there with you. But I want you to know tonight, that we, as a people, will get to the Promised Land!”

But I’ve often thought that the most important, but too often overlooked, passage in the speech was his simple and yet powerful declaration that “All we say to America is be true to what you said on paper.” It is this language that demonstrates Dr. King’s brilliance as a leader, social critic and theorist. He refused to allow the civil and human rights movement, or his leadership, to be marginalized or “segregated” from the larger American narrative of freedom, justice and equality. He insisted throughout his public life that the fight for civil and human rights in America was interwoven with the very idea of “America” itself. This was the intellectual ground on which he fought and his efforts to connect his work with our nation’s most revered documents can be seen in the ubiquitous references throughout his speeches and writings from Montgomery to Memphis.

Listen to him make that connection at the Holt Street Baptist Church in Montgomery on December 5, 1955, rallying the movement minutes after he had been elected its leader, and just four days after Rosa Parks had been arrested:

Again, some eight years later from his solitary jail cell in Birmingham, Alabama he wrote:

"One day the South will know that when these disinherited children of God sat down at lunch counters they were in reality standing up for the best in the American dream and the most sacred values in our Judeo-Christian heritage, and thus carrying our whole nation back to the great wells of democracy which were dug deep by the founding fathers in the formulation of the Constitution and the Declaration of Independence."

Notwithstanding the failure of our nation and many of its leaders to make the promises of American democracy real for African Americans and others, Dr. King found real value and hope in these promises and in much of the rhetoric of America’s founding social and political documents. From what he saw as the all encompassing language of the Declaration of Independence: “We hold these truths to be self-evident that all men are created equal” to the principles and ideals embedded in the Constitution as expressed in its Preamble, “We the people of the United States, in order to form a more perfect union, establish justice. . .”, to the judicial rulings of the Supreme Court mandating equality under the law, and to the legislative acts affirming that full citizenship rights be accorded those previously denied in public transportation and commerce, voting rights, housing, education, and all spheres of civil rights. This, Dr. King believed was the great promise of America that was already evident in its many written documents. All that was needed was action to make the promises a reality for all.

Finally, I’ve always thought that the Martin Luther King, Jr. Holiday, of all our holidays, is especially significant for AAAED and our members. No other national holiday more directly embodies the raison d'etre for why AAAED exist or represents the work of our members on a day-to-day basis. You, my colleagues, as much as any others, and perhaps more than most, can rightly lay claim to advancing Dr. King’s legacy and mantel, and the ideals and values for which he lived and died. So as you pursue your noble and righteous work in venues large and small; in education, corporate, government, and non-profit sectors; may you do so with courage, conviction, hopefulness and faithfulness to cause, ever mindful that Dr. King’s aspirations for our nation must be your own: “All we say to America is be true to what you said on paper.”