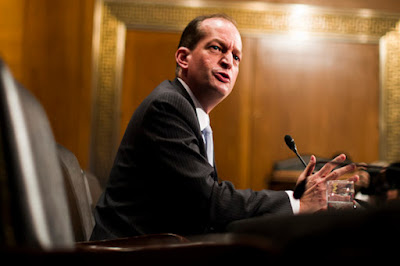 President Trump has been in office nearly three months, but he's still missing two key members of his economic team.

Robert Lighthizer, the nominee for U.S. trade representative, and Alexander Acosta, Trump's pick for labor secretary, have yet to advance to the full Senate for confirmation votes.

They will remain in limbo for at least two more weeks. Congress is in recess until April 24. Both are widely expected to be confirmed, but it's not clear when.