Regis University blocked one of its students from viewing its Twitter account following a dispute with administrators over free speech on campus. 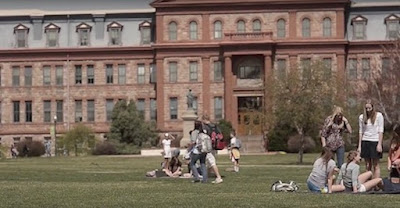 “I had [attempted] to mention Regis University in a tweet to a Catholic Priest from Canada who was showing some support,” Alexander Beck told Campus Reform. “[I] was unable to mention them, [and] after going to their page, I saw that I was blocked.”

Beck, the president of the school’s Young Americans for Liberty chapter, was holding a “Social Justice Bake Sale” earlier this month as a counter to “Social Justice Week” programming when he was approached by Dean of Students Diane McSheehy, who claimed that the event was a “demonstration” that had not received approval.

Following the incident, Beck told Campus Reform that he was contacted by Dr. Nicki Gonzalez, the head of the Diversity Program at Regis as well as Beck’s advisor, who asked to meet with him to hear his perspective on the situation.