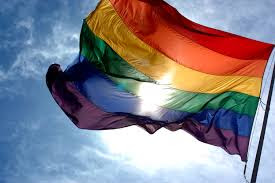 CHICAGO (AP) — A federal appeals court ruled for the first time Tuesday that the 1964 Civil Rights Act protects LGBT employees from workplace discrimination, setting up a likely battle before the Supreme Court as gay rights advocates push to broaden the scope of the 53-year-old law.

The 8-to-3 decision by the full 7th U.S. Circuit Court of Appeals in Chicago comes just three weeks after a three-judge panel in Atlanta ruled the opposite, saying employers aren't prohibited from discriminating against employees based on sexual orientation.

The 7th Circuit is considered relatively conservative and five of the eight judges in the majority were appointed by Republican presidents, making the finding all the more notable.

The case stems from a lawsuit by Indiana teacher Kimberly Hively alleging that the Ivy Tech Community College in South Bend didn't hire her full time because she is a lesbian.