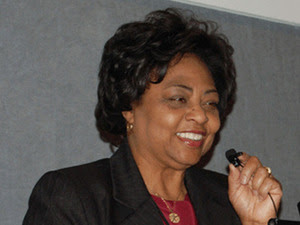 The decision to fire Agriculture Department official Shirley Sherrod — an action Agriculture Secretary Tom Vilsack has now rescinded — is clearly part of a larger debate about discrimination and racial sensitivity in the public sphere.
It's also evidence that hopes so often expressed during the 2008 presidential campaign that Barack Obama would lead the country into a "post-racial" future have thus far gone unrealized. The controversy has brought up complaints about past government discrimination against African-Americans and highlighted a feeling among some whites that the administration is biased against them.
In video posted online, Sherrod is seen recounting her thoughts that a white farmer who came to her for aid in 1986 should go seek help from "his own kind." But the clip initially posted by blogger Andrew Breitbart failed to show the larger context of her remarks, in which Sherrod described how she had overcome such sentiments.