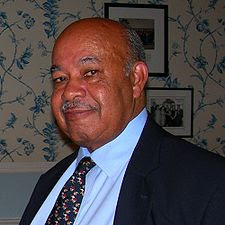 Arizona is still making headlines for its controversial stance on undocumented immigrants. Come November, though, the state will be in the news in relation to a ballot initiative that aims to ban affirmative action there. Proposition 107, the brainchild of anti-affirmative action crusader Ward Connerly, will amend the state constitution to prohibit race-based preferences in public employment, education and contracting.
This marks the first time Arizonans will vote on affirmative action. If the initiative passes, a likely outcome given the state’s conservative disposition, you can bet that the percentage of Latinos, Native Americans and blacks in public agencies will plummet, a shame considering that minorities are already woefully underrepresented in these sectors.
Connerly, who’s helped get similar measures passed in California, Michigan and other states, tried to put an anti-affirmative action proposition known as the Arizona Civil Rights Initiative on the 2008 ballot.
The fact that the initiative failed to garner enough signatures from voters ultimately disqualified it from appearing on the ballot. But that didn’t stop Connerly. In 2009, the former University of California regent teamed up with Arizona State Sen. Russell Pearce and Arizona State Rep. Steve Montenegro to sidestep the need for signatures by swaying the State House and Senate to green light it for inclusion on the November 2010 ballot.

Full Story: http://theloop21.com/politics/arizonas-new-racial-rampage-banning-affirmative-action
Picture of Ward Connerly from the Loop 21
Posted by AAAED at 6:41:00 PM