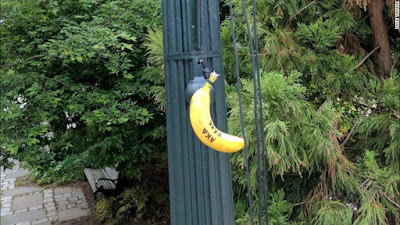 (CNN)Taylor Dumpson was elated. On May 1, she became student government president at American University -- the first African-American woman ever to hold the job.

But less then 24 hours after she officially took office, her joy turned to pain. Dumpson got a message from a friend as she was on her way to campus. Bananas had been found hanging from nooses at three spots on the university's Washington campus, her friend said.