Though a new pro-LGBTQ group on Samford University’s campus has been approved by both students and faculty, it has roiled Alabama Baptists. 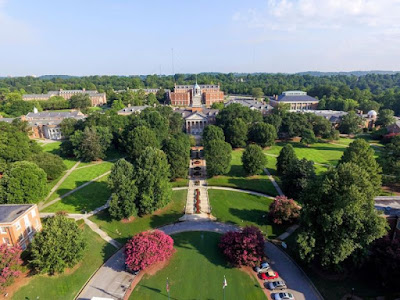 Last month, the president of Samford University gave remarks just before professors voted on a controversial new student group. It's one centered on discussions of sexual orientation and gender identity, from a sympathetic perspective rather than a critical one, which would seemingly prompt friction among the constituents of the private, Baptist institution.

“Many of us who hold what are known as ‘traditional’ views of marriage and human sexuality today are called ‘haters,’” said President Andrew Westmoreland, according to a transcript of his comments. “The term is intended to hurt, and it does. So volleys fly back and forth between camps while positions and hearts are hardened, and we run the risk, the very serious risk, that we will drive away from our churches and our universities and our families a generation that thinks about these questions in different ways than we have known. I choose not to walk that path, because brokenness already abounds and I am loathe to add to it. I believe that we are people who are capable of discussing differences without rancor, perhaps modeling for our students and others a way to move along this most tortured route.”