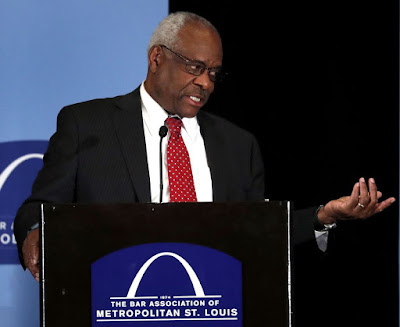 The letters about Justice Clarence Thomas’ criticisms of affirmative action are interesting. It is a fact that Thomas’ consideration for and acceptance of enrollment at College of the Holy Cross was prompted by the school’s affirmative action outreach initiative to recruit and consider more minority applicants. Why he accepted the enrollment offer, believing it was devaluing, is a mystery. Did he know for a fact that he was accepted over other, more-qualified non-minorities? Or does he just assume that because the school’s outreach initiative was affirmative?

Conservatives have always mischaracterized affirmative action programs solely as unconstitutional quota systems that force managers to select specific numbers of minorities regardless of their qualifications. Nothing could be further from the truth. It was largely about businesses expanding their recruitment horizons beyond past practices, which produced few minority candidates to consider.