Senate Democrats have taken a formal step to codify their push for staff diversity in the Senate. 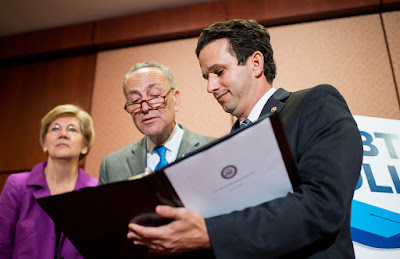 Lawmakers approved new conference rules at the Democrats’ policy lunch last Tuesday, which encourage offices to use the NFL’s “Rooney Rule,” the requirement named after the Pittsburgh Steelers’ owner Dan Rooney that teams interview at least one minority candidate for head coaching vacancies. Democratic offices are now formally encouraged to consider at least one minority candidate when interviewing for an open position.

According to rule text shared with Democratic chiefs of staff and obtained by Roll Call, the rules would also cement the Senate Diversity Initiative that is run through the Democratic leader’s office. Former Sen. Harry Reid of Nevada launched the initiative, and his successor as minority leader, Charles E. Schumer, has supported its mission and hired a new director.