Anti-Semitic Fliers at U of Illinois Chicago 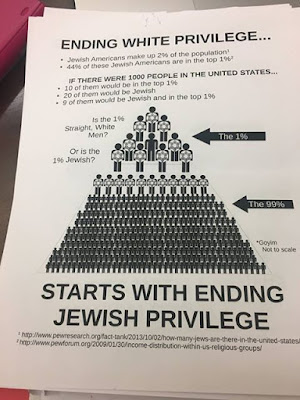 At least 100 anti-Semitic fliers were distributed across the University of Illinois at Chicago campus last week, according to The Chicago Sun-Times, adding to the litany of anti-Semitic incidents that have occurred on college campuses in recent months.

The fliers suggested that Jews control a disproportionate amount of wealth in the country -- it says Jews make up 2 percent of the population, but that 44 percent of them are among the top 1 percent of Americans.

The creators of the flier appear to be citing two Pew Research Center studies, with links provided at the bottom of the page, but the numbers used do not match the data on Pew’s website.